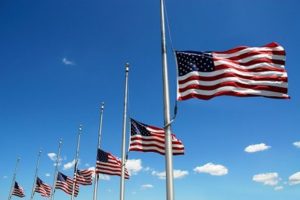 While Iowans have heard much from Muslim-Americans about racism since last week’s terrorism, some members of another minority group in Iowa are living in fear.

Members of the Sikh faith wear turbans and the men grow long hair and beards as part of their religion.

28-year-old Ravpreet Singh moved to Iowa from India with his family when he was in junior high. Now, he’s warned by his relatives to watch his step as his turban may make him a target.

Since the Tuesday attacks, he says there have been more than 150 acts of terrorism performed by Americans on other Americans, where people like Sikhs are singled out for hate crimes.

Singh says Iowans for the most part are understanding and well educated, but he says they’re still cases of violence.

Sikhism is the world’s fifth-largest religion with 22-million Sikhs globally and 500,000 in the U.S.

Singh says he’s very cautious about going out in public now and has been told by friends and family he shouldn’t go out alone or after dark.

Singh is a U.S. citizen who runs his own graphic design business in Des Moines. He says he feels at risk now in the only country he’s every known and loved.