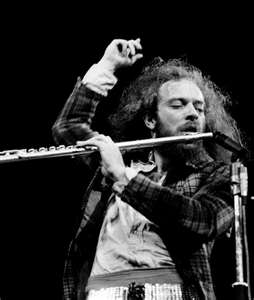 A legendary British rock band that’s been performing since the 1960s opens its North American tour tonight — in Des Moines. Jethro Tull is known for songs like “Aqualung” from 1971, but the tour is promoting something entirely different — a Christmas album.

The band’s Ian Anderson says they’ll perform some songs they’ve never played before an audience. Anderson, in a phone interview last week from his home in the U-K, says the album is not all jingle bells and carols. While the Christmas album is generally uplifting and upbeat, he says it also contains a fair amount of grumpiness and cynicism without which no Jethro Tull album would be complete.

Anderson, who sings, plays flute, mandolin and guitar on the album, says the Christmas showpiece isn’t all sleighbells and choirs. Anderson says the band will be performing two sets — the first all-acoustic, the second electric.Anderson says the thought of performing new songs before an audience for the first time doesn’t strike him with stage fright, more, a “good sort of tension.” He has performed for audiences as large as 200-thousand after all.

By the way, Jethro Tull was an actual person but isn’t someone in the band. He was an eighteenth century English agricultural pioneer who invented the seed drill.