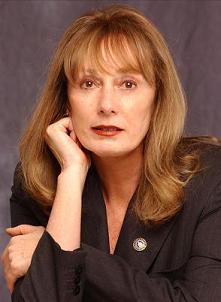 A best-selling spy novelist and Council Bluffs native is touring the country to promote her newest book — and a collection of thrillers. Gayle Lynds says we’re living in the decade of the spy. She points to real-life shakeups in the C-I-A and F-B-I and the popularity of T-V shows like “Alias” and “24,” as well as movies ranging from “Syriana” to “Mission Impossible.”

In a phone interview with Radio Iowa from her California home, Lynds says “Espionage, intelligence, spying has become so permeated within our culture that we’re living it, breathing it, on both the non-fiction and fiction level all the time. It’s the decade of the spy.” Lynds’ latest book, “The Last Spymaster,” follows a top operative who’s put in prison for treason — and escapes. He’s being tracked by another top spy — who realizes, he’s tracking her. Lynds says “What develops between them is very interesting and a lot of fun. It’s also a lot of insight into the way the C-I-A does work and the cost to people who are operatives.”

Meanwhile, “Thriller — Stories to Keep You Up All Night” is an anthology of 32 short stories from Lynds and 31 other acclaimed writers. Lynds co-founded the International Thriller Writers organization and this tome is the result. She says “The funny thing about thriller writers is most of us don’t write short stories — we write big long books — so when I sent out the word, everybody was very excited about it and we all taught ourselves to write short stories. It’s gotten starred reviews and is being very well-received all over the country — the biggest press run they’ve ever seen for an anthology. We’re pretty proud of it.”

The University of Iowa journalism school graduate says aspiring authors who want to follow in her tracks need to apply themselves. “If this is really what you want, you must treat it with the seriousness that you would a regular job — or a love affair. Writing is not a hobby.” Lynds says wanna-be writers need to do just that — write — and she counts her former U-of-I lit teacher Kurt Vonnegut as one of her early inspirations to become a writer.

Lynds’ books have sold more than six-million copies. She’s considered the first contemporary woman to successfully write international spy thrillers and co-created the best-selling “Covert One” series with Robert Ludlum. She says “If you want to publish, it takes a commitment and a passion. If you don’t have those things, it’s much better to look at other things in life, but at the same time, gosh, the years are going to pass. It’s so important to do something that really means a great deal to you, that’s deep within your soul, and the people who have that kind of passion, that kind of commitment generally tend to succeed because they become very, very good at writing.”

Lynds’ husband, renowned detective novelist Dennis Lynds (pen name Michael Collins), died in August of 2005. Lynds says her writing was part of what helped her endure the hardship of that loss. “About a month after his death, I did sit down and I just really focused on it and it was therapy. I’m grateful for my work. I miss him a lot of course, because we not only lived together and loved one another deeply, but he was another writer and so we had that — we shared that. But I’m going on and I’ve started my next book.”