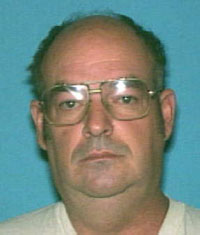 A family member reported missing persons, Schultz says, but they didn’t find anyone at the farmstead. "We started investigating it, went back the following day, did some more investigation and discovered the bodies." The property is listed on the Polk County assessor’s website as being owned by Gilbert Overlin, and newspaper accounts today say the 81-year-old Overlin lived there with his second wife, Naomi, who was 71.

The state medical examiner’s doing autopsies on the bodies found Thursday at the home. They have a material witness warrant for Russel Lee Overlin, who Schultz says had been living at the home, at 4880 northeast 108th Street.

Schultz says: "We do believe he may have relevant information regarding this investigation and we are looking for him at this time. "We haven’t named anyone as a suspect," Schultz says. "We have the warrant out right now for a material witness." The Polk County Sheriff’s Office is asking people to watch for Overliln’s red ’95 Chevy Tahoe, with an Iowa license plate 009-EAN.