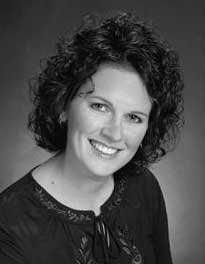 A central Iowa woman has written a book from the viewpoint of a fictional Midwestern mother whose son gunned down his classmates and himself in a Columbine-style shooting. Kali VanBaale  says she conceptualized the book " The Space Between " during a transitional time in her life which coincided with the infamous Colorado school slayings in April of 1999.

VanBaale says "I was about six months pregnant with my first child and it was a really scary time to be staring over the cliff of parenthood and it had a huge effect on me, knowing that one day I was going to be raising a teenager and responsible and these were going to be things that were going to be a part of my life." VanBaale is 32 and lives with her husband and two sons in rural Bondurant. She says her book examines the unraveling of a family after the son goes on a shooting rampage at his high school. She says the horrors of Columbine helped her formulate the characters in her book while confronting her own concerns of inadequacy as a new mom.

She says "My first son, having him be sort of a difficult infant and having such a hard time smoothly moving into the role of a mother, I think that’s why I really identified with the parents, particularly the mothers, of these boys who’ve done what they’ve done, that fear of, ‘Am I doing something wrong?’" This is VanBaale’s first novel and she says it was a tremendous challenge getting published.

VanBaale, an Upper Iowa University grad, says "There were times it felt hopeless. I went through the rounds. I tried submitting to agents in different places and it was daunting. You really, really end up developing a thick skin." She’ll read from "The Space Between" at 1 P.M. Saturday at the Bookworm in Omaha, and at 2 P.M. on February 18th at Barnes & Noble in West Des Moines.