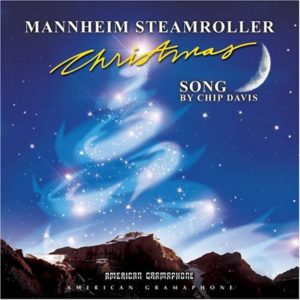 A musical act with a style so unique they had to come up with a name for the genre brings its show to central Iowa this week. Chip Davis is the frontman for Mannheim Steamroller , a band he founded more than 20 years and 30-million albums ago.

Davis, who lives in Omaha, coined Fresh Aire to describe the band’s sound — “aire” is Italian for “song.” Davis says, “The style of music of Fresh Aire really is a combination of old and new technologies — everything from classical form to rock-and-roll instruments with synthesizers, bass and drums, but right along side that you’ll also hear the harpsichord, and recorders and ancient instruments.”

He says the Thursday show in Des Moines will feature the five musicians of the Steamroller in addition to a ten-piece orchestra.

“There’s synchronized lighting, surround sound,” Davis says. “We’ll have effects coming from the back of the venue as well as from the front. You’ll be immersed in the music of Fresh Aire. You’ll hear rain and thunder. I’ve always been very big on intermingling nature sounds with musical sounds.”

Many people associate Mannheim Steamroller with Christmas, as the band has sold 23-million Christmas C-Ds, more than anyone else — Elvis Presley is in second place with 16-million. Still, Davis says he strives to make music people can listen to any day of the year.

“I’ve got three Halloween records now that are out,” Davis says. “I’ve done romantic melodies for Valentine’s. I’ve done obviously Christmas and Fourth of July we did a thing called ‘American Spirit,’ so I like seasonal music too because, my whole thing, as a composer, is to do music that we can use in our everyday life.”

Davis founded his own record label in Omaha, American Gramaphone, which is now a $40-million company which plugs the music, the merchandise and even has a 36-page “lifestyle” catalog.

He founded Mannheim Steamroller and American Gramaphone after finding musical success in a completely different category — he co-wrote and produced the 1975 hit song “Convoy” by C.W. McCall, a fictional semi-truck driver from western Iowa. The keep-on-trucking song sold ten-million copies and Davis used his cut to bankroll the new band.