You are here: Home / Military / Professor to speak on military ethics 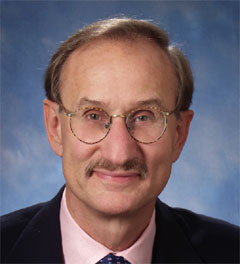 A political science professor at the U.S. Naval Academy will speak in central Iowa tonight about military ethics during wartime. Professor Stephen Wrage says he’ll focus on the ethical challenges facing the U.S. military in a globalizing world, including changes in technology and changes in perceptions of our nation abroad.

Wrage says "I teach courses about international relations, American foreign policy and how it’s formulated and, particularly, the ethical questions that come up along the way. The talk is going to be about that, really, about the war in Iraq, the war in Afghanistan, the choices we’ve made about when to go to war and then how to go to war and how to fight those wars." He says the development of precision weapons, like smart bombs that can hit an inch-wide target from miles away, are making very deadly warfare seem too tempting and risk-free.

Wrage says "War ought to be a last resort but it can be your first choice when you know it’ll go the way that it did over in Kosovo in 1999 when we flew 42-thousand missions and we lost nobody. Two planes went down but the pilots were recovered so we had zero American deaths and only about 500 unintended enemy deaths." Wrage says the "war on terror" has similarities to the Cold War, in that there’s not a clearly defined enemy nor any way to determine victory — or even an end to the war. The new war, he says, is also going into new territories.

Wrage says "My particular concern, since I’m teaching young officers, is the way that power and responsibility, leadership is being ceded to a pretty close to unprecedented degree to military people. Traditionally, the position that the military has been very comfortable with has been that they carry out the execution of the direction that’s provided by the civilian leadership. Something very different is going on here now." Wrage’s lecture at Drake University in Des Moines is free and is at 7  tonight  in the Harmon Fine Arts Center.