You are here: Home / Business / Postal rates going up Monday 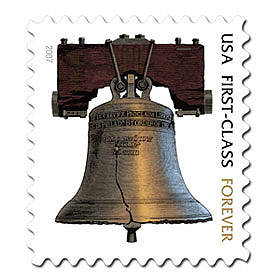 The price of mailing a first-class letter goes up on Monday from 39 to 41-cents. U.S. Postal Service spokesman Richard Watkins recommends Iowans buy their two-cent stamps today instead of waiting until next week, as there’ll likely be long lines on Monday. Watkins says Iowans ought to consider buying a new type of stamp to avoid future hassles.

Watkins says: "The new ‘forever’ stamp, which will always, as the name would imply, be good for the prevailing first-class single-ounce letter rate, you can buy those at your local post office, or at Hy-Vee, at Dahl’s, convenience stores and gas stations across the state of Iowa." He says the "forever" stamps cost 41-cents now but don’t say "41-cents" on them, just "forever." That way, they can be used whenever rates rise.

Watkins says it’s a lot of work to get post offices nationwide the needed one- or two-cent "make-up" stamps when rates go up. He says, "It made a lot of sense to look at developing what we call the ‘forever’ stamp which will be good for the prevailing first-class single-ounce letter rate. You can buy a couple of sheets of those and put them in your desk drawer. We don’t advise you to look at them as a financial investment, but they will be good forever, as the name implies."

Postal rates last rose in January of 2006. For a full slate of how rates on all mailings are changing on Monday go to the postal service website .