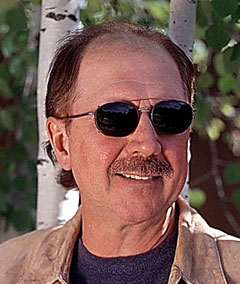 A former University of Iowa English professor, considered the father of the modern action novel, is seeing yet another big-screen spin-off of one of his most popular characters. Filming has just wrapped on the fourth Rambo movie. David Morrell wrote the novel “First Blood,” the basis for the original Rambo movie in 1982, starring Sylvester Stallone.

Morrell says the filmmakers made a lot of changes to put his book about the troubled Vietnam veteran on the screen. He says “My character’s extremely angry about what has been done to him whereas the character in the movie is a victim and gradually becomes angry as the story progresses.” Also, Rambo dies at the end of Morrell’s book, but of course, the hero survived Hollywood’s version, allowing for multiple big-screen sequels.

Morrell says he has no idea where the storyline is going for the new movie and for the character he created some 35 years ago. He says “I’m not very happy about it but there is a fourth ‘Rambo’ movie that’s been finished. I don’t know anything about it. I’m being kept at arm’s length.” “First Blood” was published in 1972, when Morrell was into only his second year of 18 years of teaching English at the U-of-I.

The 64-year-old novelist says the first Rambo film didn’t end up being quite what he’d envisioned, but Morrell says that’s just the way it goes. He says “If you’re going to complain about what the movies do to a book, then you shouldn’t sell the book in the first place. It’s a terrible thing to think about all of this in terms of commerce, but if you want to be really crass about it, think about if you sell somebody a house and if they put a second story on it, you can’t go back and say ‘Hey, you changed the house.'”

Morrell now lives in New Mexico and just published “Scavenger,” his 29th novel. He has 18-million copies of his books in print in 26 languages. For more information, visit “www.davidmorrell.net”.