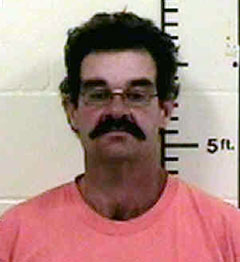 A southeast Iowa man is facing first degree theft charges after authorities found some large construction equipment on his property.

Mahaska County Sheriff Paul DeGeest says this week’s discovery solves a case from late September, when an expensive excavator and trailer vanished from an interstate construction site in Des Moines.

DeGeest says the Komatsu Excavator and trailer are valued at nearly $210,000. More equipment, valued at nearly $100,000, was also recovered. Authorities accuse 46 year old Rockney "Rocky" Englehoven of rural Oskaloosa of stealing the items over the past several months.

DeGeest says the equipment was taken from a variety of construction site locations, including Des Moines, Bondurant, and Oskaloosa. DeGeest says his office was contacted by local residents who were suspicious about how Englehoven had obtained the equipment."He was actually trying to start his own business," DeGeest says, "and he had done work around our county for a couple of individuals with this equipment."

Englehoven was booked in the Mahaska County Jail Wednesday. It’s not his first run-in with the law. "I’ve dealt with him in the past," DeGeest said of Englehoven, "so, it doesn’t come as a total surprise."