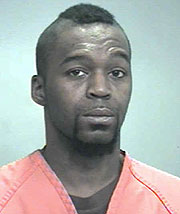 A Waterloo man is charged with first-degree murder in connection with a two-month-old homicide in the city.  Police formally charged 27-year-old Dewayne Craft in the death of his live-in girlfriend, 26-year-old Shayla Todd.

Police have been investigating Todd’s death since September 2nd, when officers found her body inside the home she shared with Craft. The State Medical Examiner’s Office later ruled Todd’s death a homicide after an autopsy determined that she died of strangulation and blunt force trauma.

Shortly after her death, Craft was arrested on assault and robbery charges connected to a separate incident involving Todd that occurred in July. Craft has been in the Black Hawk County since the time of his arrest. His bond is set at one million dollars.