You are here: Home / Recreation / Entertainment / Author returns to Iowa for book signing 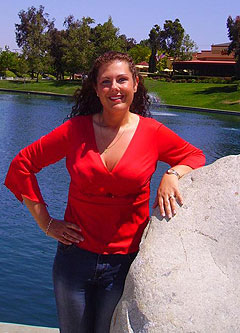 A children’s book author from California is back in her Iowa hometown today to appear at her first-ever book-signing.

Thirty-three-year-old Jennifer Hall now lives in San Diego but grew up in the Tama County town of Gladbrook and is thrilled to have her first book published, called "The BRATT Patrol."

Hall says the story follows a group of five children: Billy, Ryan, Andy, Tori and Trish, whose initials form BRATT. They start a junior detective agency in a backyard tree house after an elderly neighbor’s dog, which is expecting a litter of puppies, is kidnapped. She says the six-chapter, 79-page book targets kids between ages eight and 12.

Hall says she’s written some two-dozen children’s books but this is the first to appear in print. "I loved to read as a child and think it’s very important for children to like to read," Hall explains, "if you don’t like to read when you’re a child, most likely you’re not going to like to read when you’re an adult. I wanted something fun for kids. I loved the Nancy Drew books when I was a kid and wanted something more modern and a little younger, because Nancy Drew is more for 14 and 15-year-olds."

Hall studied acting at Ellsworth Community College in Iowa Falls. She moved to the warmer climate of California, thinking that would be the place where she would get "discovered" as an actress. Hall says: "And then I got there and decided I wanted to go to WalMart in my ponytail and no makeup and not have any unflattering photos of me in the tabloids. It’s a heck of a lot easier to have a normal life as a writer than it is as an actress so I stuck with the writing which I’ve done for years too and I love writing."

Hall will be signing copies of "The BRATT Patrol" today at Gifts of Grace in Gladbrook from 5 to 7 P.M. and on Saturday, December 8th, at Waldenbooks at Marshalltown Mall in Marshalltown from 11 A.M. to 3 P.M.