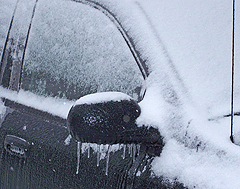 The freezing rain has taken its toll on trees and power lines in many areas of the state. In Ottumwa in southern Iowa, Mike Buchanan at radio station KBIZ, is working without power.

Buchanan says the first power outages started on the north side and then it was a domino effect with the power going out across the city. The fire and police departments in Ottumwa are working on backup generators.

The number of Iowans who are losing power because of the ice storm is growing. Iowa’s largest utility provider, Mid-American Energy , reported nearly 24,000 customers in the state without power at 10:30 a.m. Alliant Energy has more than 30,000 customers without power. Alan Urliss, a spokesperson for Mid-American, says the bulk of their company’s outages are in central and southeast Iowa.

Urliss says "the situation will get worse before it gets better. Based on what this storm did south of us – in Kansas, Oklahoma and Missouri – we would expect that the number of customers without power is going to continue to rise." Urliss says Mid-American brought in extra crews on Monday in preparation for the ice storm. 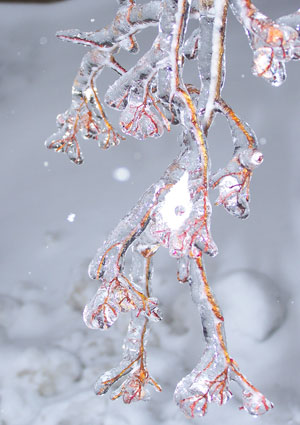 "We have almost 600 people that have been mobilized to help restore power in the service territory," Urliss says, "and we would hope to be able to get more workers from outside the area – north, farther east, and from west of here – to be able to send crews." Iowans that are currently without power can expect to stay that way for at least one day.

Urliss says it’ll take more than 24 hours to restore all customers power, "any more specificity beyond that really would be speculation, because we don’t know yet how much ice and snow we’re going to get."

Schools across the state closed today because of the storm. Many businesses also closed too.

The National Weather Service website shows the path of the storm, and the Iowa Department of Transportation website will give you the latest road conditions.