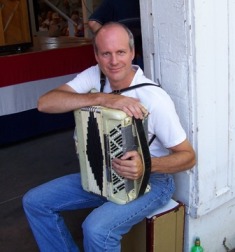 Fallon says,"I had dismissed it as something I really wasn’t interested in, but the more I thought about it and considered where my obligations and duty might lie, and where I might best serve..it started seeming like something I should consider. And as I considered it in more detail, last summer, it became clear that it was the best thing for me to do."

Fallon admits challenging an incumbent is likely to anger some Democratic party leaders, but he says he doesn’t care as long as he has the support of other Democrats. Fallon says there are 239,000 Democrats statewide and he says every one is as important as anyone who is a high-ranking official in the party. Fallon says he’s always had the support of "rank and file" Democrats and feels that will be the case in this election as well.

Fallon previously bucked his party in 2000 when he endorsed independent presidential candidate Ralph Nader over Al Gore. Fallon says going against the incumbent now gives Democrats another option. Fallon says he and Boswell differ on "many, many key issues" that he plans to outline soon with the official announcement of his candidacy. "Certainly as I started considering where we differ, I realized that voters should a choice in the Democratic primary and that I could easily provide a clear, distinct choice," Fallon explains.

Boswell is in his sixth term in Congress and will turn 74 next week. Boswell’s campaign issued a statement in response to Fallon saying they will work to aggressively to remind constituents that he is fighting for affordable healthcare and modern energy policy in Washington.

Fallon will start the challenge behind in the fundraising race, as the incumbent Boswell’s campaign finance records show he has more than $600,000 on hand while Fallon has just opened his campaign account, and says he will not accept money from special interest groups or political action committees.