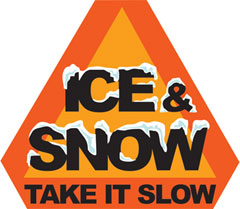 The southeast half of Iowa is under a Winter Storm Watch from noon today through noon tomorrow.

Mindy Albrecht, a meteorologist with the National Weather Service, says the storm could produce some of the heaviest, widespread snowfall amounts yet this season.

Albrecht says a line from Corning to Des Moines to Waterloo could receive anywhere from five to eight inches of snow by tomorrow. Areas to the south and east of that line can expect 10 to 12 inches or more. Many areas of southeast Iowa that were buried under a foot of snow on Sunday could receive another foot of white stuff by tomorrow.

"We’re expecting thunder-snow, which produces very high snowfall rates, which is another reason we’re looking for heavier snow in that area. It’s also going to have a lot of water and moisture in it so it’s going to be a wet, heavy snow which could cause some issues with weak structures," Albrecht said. The precipitation early this afternoon could be in the form of rain or sleet, then change to snow at temperatures fall throughout the day and into the 20s by tonight. Winds are expected to pick up this evening, with gusts of 15 to 25 miles per hour.

Albrecht says there could be areas of blowing snow this evening, but the threat may be lessened since most of the area is expecting a heavier, wet snow. Another chance of snow is forecast for Thursday and cold air is expected to arrive this weekend, dropping low temperatures into the single digits. For the latest watches, warnings and advisories, visit the National Weather Service’s website .

Current road condition information is available at the Iowa Department of Transportation’s website , or by calling 5-1-1.