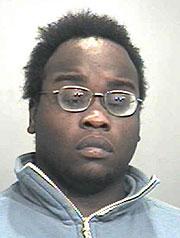 A child who was found unresponsive in a Waterloo home over the weekend has died, and the father is in jail. Waterloo police found eight-month-old Antwuan Williams, Junior, not breathing after responding to a call at the home on Saturday.

The boy was taken to a local hospital and later transferred. Officials say he died at University Hospitals in Iowa City last night.

Police continue to investigate and could upgrade the charges. An autopsy is scheduled for today to determine the cause of the child’s death.