You are here: Home / Education / Man with Iowa ties compiles book on writing 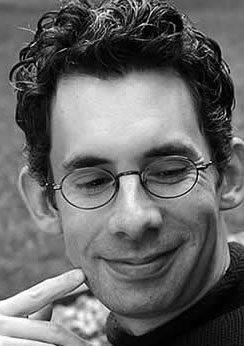 Aspiring novelists will be put through their paces by 65 of America’s finest writers in a new book compiled by a graduate of the Iowa Writers’ Workshop. Bret Anthony Johnston is the director of creative writing at Harvard University and asked some of his favorite writers, like Dorothy Allison, Tom Robbins and Joyce Carol Oates, to offer their tips for mastering dialogue, building conflict and setting scenes.

The result is the book "Naming the World and Other Exercises for the Creative Writer." Johnston says: "There’s something like over 400 exercises in the book so I think one of the best things about it is that everybody’s going to find something that will be useful to them." Those exercises range from imagining the world from a chicken’s point of view or coming up with the eighth dwarf in Snow White and writing a story about him.

"They’ve asked the reader to do things such as, find an old postcard and make a story up from it," Johnson explains, "they’ve asked to them to re-imagine a Greek myth in contemporary times. They’ve asked them to trot out their most shameful experience and render it on the page. There’s other things as well, imagine a scene involving a man carrying a ladder." He says he was thrilled so many of America’s finest living writers signed on to take part in the collaboration.

Johnston, a Texas native, says: "The way I came up with the writers that I wanted in the book was I just went through my bookshelves and thought about who I would most ideally include in the book. Almost without exception, every one of them came on board enthusiastically and immediately so I was constantly surprised." He was a student at the Iowa Writers’ Workshop in 2000 to 2002 and he’ll be back in Iowa City in July for his fifth straight year of teaching at the Iowa Summer Writing Festival.