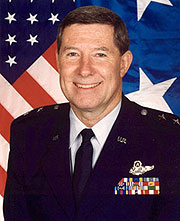 "Last year I reported the condition of the Iowa National Guard was strong, the strongest it has been in generations. I stand by that assessment," Dardis said. "…Yet six years of war and more than 10,000 mobilized soldiers and airmen leaves no doubt that we are an organization that is stretched and stressed."

Dardis told the state policymakers they’ve done "all" the Guard has asked, but Dardis warned that policymakers in the nation’s capital must follow through on promises to re-equip the Guard and help recruit more soldiers into the Guard’s ranks.

"Our military’s not weak. It’s not hollow. It’s not broken. It remains the preeminent military power in the world and I want you and the citizens of Iowa know that the Iowa National Guard stands ready to meet anticipated state and federal mission requirements," Dardis said. "What we don’t know and what concerns us most is: ‘Where’s the breaking point?’"

According to Dardis, soldiers in the Guard can no longer expect to serve one weekend a month and two weeks a year. Guard soldiers will now be deployed for 12 months at least once every four to five years. Dardis concedes that new reality is causing stress.

While one percent of Americans are in the military, two percent of the Guard soldiers in the U.S. are in the Iowa National Guard. Dardis used several minutes of his "condition of the Guard" speech to honor several soldiers who have died while on active duty as well as units which have been deployed in the past year.

In addition, the Guard’s chief honored two Iowa families with a long history of service in the military, including a man who packed the parachute that saved Dardis’ life when Dardis had to eject from an F-16 12 years ago after the plane’s engine failed.