You are here: Home / Human Interest / Lunar eclipse is tonight 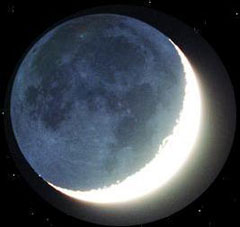 It’ll be ridiculously cold outside, but dedicated Iowa star-gazers who bundle up will be able to see a total eclipse of the full moon tonight.

Astronomer Gary Carlson says the neatest thing about this particular eclipse, when the moon passes through the Earth’s shadow, is that it’ll be early enough for young children to stay up and see it.

“The best part of the eclipse, or what we call the totality, begins roughly at nine o’clock. It will be approximately at the deepest eclipse at of around 9:26 to 9:30,” Carlson says, “those are rough figures that will give you a ballpark to know.” Unlike with a solar eclipse, Carlson says you can go ahead and look directly at this type of lunar eclipse without the fear of hurting your eyes.

Carlson says: “No special equipment is needed. Binoculars or a telescope will also give you a very beautiful rendition. Right next to it, if you have a telescope, is the planet Saturn and that is also very well placed for viewing.” He says the next eclipse won’t be visible in Iowa until December of 2010.

“Eclipses come in seasons. The last one we had was in August but that one was in the early morning. The one in August and now this one are the first two in a series for a couple of years.” he explains.

Carlson says one of the exciting things about a lunar eclipse is the colors you’ll see on the moon during the event, including orange, deep red and brown. He warns, Iowa sky-watchers need to dress appropriately. Lows tonight are expected to be below-zero, with wind chills making it feel even colder.