You are here: Home / Crime / Courts / Arrest Made in Death of Central Iowa Infant 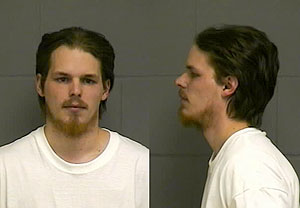 Elliott is accused of killing Alexis Gilbert. He was staying at the home of the baby’s mother, 16 year old Kristina Gilbert, at the time. "I don’t know what type of relationship he had with the family, but that’s where he was living," Miller said. Police do know that Elliott is not the baby’s father.

Elliott was arrested on the day the child died on other outstanding warrants. He is a 2003 graduate of Drake University and a former student body president.

West Des Moines police have not disclosed what caused the baby’s death. "It’s very unfortunate that this happened," Miller said. "This poor 7-month old baby did not have a chance to experience life, experience her first day at kindergarten or riding a bicycle. So, it’s very tragic for this baby and the family." Elliott is being held in the Polk County Jail on a $250,000 bond.