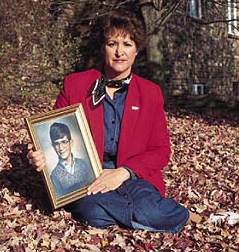 A central Iowa woman, who formed a farm safety organization following the tragic death of her son, has received a national award that includes $100,000 and a new car, every three years, for the rest of her life. Marilyn Adams of Earlham was named " America’s Greatest Hometown Hero " at a ceremony in New York Wednesday night. The event was sponsored by Volvo. Adams says the $100,000 will help bolster her non-profit organization, " Farm Safety 4 Just Kids ." Adams says the money will be used for an endowment for the organization.

Adams started "Farm Safety 4 Just Kids" in 1987, one year after her 11 year old son, Keith, suffocated in a gravity flow wagon on the family’s farm. "I was actually inspired by my oldest daughter, Kelly, who decided she wanted to do a speech for FFA recognizing the hazards Keith was exposed to so her friends would know," Adams told Radio Iowa from New York City. "Someone suggested I start an organization…I did, and it just snowballed." Today, "Farm Safety 4 Just Kids" has 137 chapters throughout North America working to elimate farm-related child health hazards, injuries and fatalities.

Adams believes the award will strengthen her organization. "It not only helps us start our endowment, it shows that children’s farm safety is a high priority and our organization has developed a lot of credibility," Adams said. Adams says she will order her new Volvo vehicle soon. She’s leaning toward a black SUV.