You are here: Home / Recreation / Entertainment / Southwest Iowa bed and breakfast offers spooks instead of beds 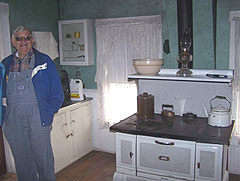 If a southwest Iowa bed-and-breakfast charged $300 a night but didn’t offer guests beds or breakfast, if wouldn’t get much business — unless it’s rumored to be haunted.

Darwin Linn owns the small house in Villisca where eight people were murdered with an axe in 1912, a case that was never solved.

Linn says curious visitors have flocked there for years, though he stresses, it’s not a B-and-B. “No, you bring your sleeping bags. You bring your own food,” he says. “We give you a tour of the house, a tour of the history of it. You actually lease it and we leave you and it’s yours for the night.” Linn explains what makes people plunk down good money for such crude accommodations.

“I think for the thought that they might touch something of the unknown. They might get somebody to cross over and touch them or communicate with them or speak to them,” Linn says, adding, “I can’t say it has (happened) or it hasn’t.” Some people leave well before morning, and some don’t even make it an hour in the house.

Linn says he’s seen some very odd things in the century-old structure, but “I haven’t been kicked and my hair hasn’t been pulled and I haven’t been kissed but there’s a lot of people that have.” He can’t logically explain everything he’s seen there, but he harkens back to the murder victims, which included six young children. 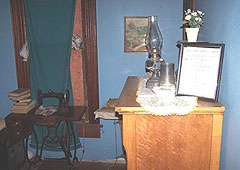 “I’ve seen some pretty weird things and some of it is with the toys. They get moved around. There’s no reason for the toys to move one way or another. And real small children (on the tours), it just amazes me, small children that you can’t prompt to do things,” Linn says, “the things they do to communicate with somebody that’s not there, like play with another child or raise the covers up on the bed and play peek-a-boo with somebody that’s not under the bed. It kinda’ makes the hair stand up on the back of my head.”

Audio: Matt Kelley on a tour of the Villisca House with owner Darwin Linn. 9:30 MP3