You are here: Home / Crime / Courts / Arrest made in death of Dakota City man 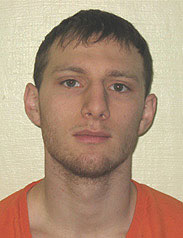 Authorities in north central Iowa’s Humboldt County have made an arrest in connection with the April 5th death of 41- year-old Michael Lee Ruberg of Dakota City.

DCI agent Jeff Jacobsen says 20-year-old William Shekey is charged with second-degree murder. Ruberg died at a hospital after witnesses say he became involved in a fist fight with Shekey outside a party in Rutland.

“We had witnesses at the residence, where the fight took place, who identified Mr. Shekey…as well as his statements” Jacobson said, explaining how investigators identified Shekey as a suspect. Jacobson says no weapons were involved in the fight.

An autopsy revealed Ruberg’s death was the result of blunt force trauma. Jacobson says Shekey lives in Rutland, but is originally from Humboldt.