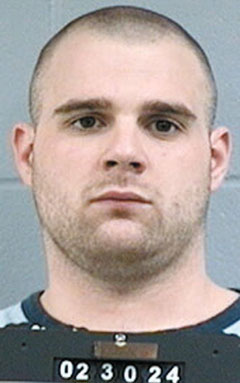 A 20-year-old Mason City man who said he was trying to start a Nazi-like organization is now charged in a race-related incident.

Mason City police say they arrested Justin Hanson in connection to a sign left at the residence of an African-American family on May 10th that had racial slurs written on it. He is charged with third-degree harassment, which is a simple misdemeanor.

Hanson admitted to the Mason City Globe-Gazette in an article published on Wednesday that he left the sign in the yard of Margaret Foster, and that he had been following Nazi organizations across the country and was starting a local chapter of the Free People’s Party.

Police say that Hanson will not be charged with a hate crime under Iowa law, as the circumstances do not meet all the criteria needed for levying such a charge. If found guilty of third-degree harassment, Hanson faces up to 30 days in jail. He was taken to the Cerro Gordo County Jail and is being held on $300 bond.