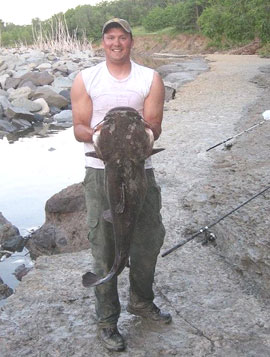 The record floods of 2008 have left Iowans plenty of stories to tell, and that includes one story about the big fish that didn’t get away.

Inspectors from the U.S. Army Corps of Engineers noticed a large number of fish trapped in a pool below the Saylorville Lake spillway Sunday morning.

Kevin Baskins of the Iowa Department of Natural Resources says conservation officers were called in to help the fish. Baskins says they found over 90 catfish — many flathead catfish — averaging between 30 and 40 pounds, and some of the larger specimens were nearly 60 pounds. 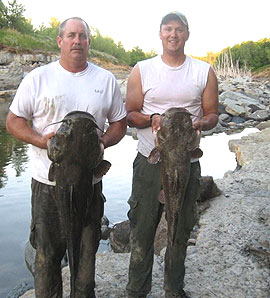