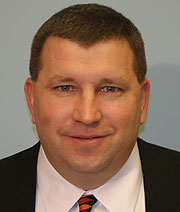 Wartburg is turning to the past to guide the future of its football program. Former football coach Rick Willis is once again resuming control of the program he guided from 1997 to 2005.

Willis relinquished coaching duties three years ago to become the school’s athletic director. During his first tenure on the sideline, Willis compiled a 79-17 record while guiding the Knights to four NCAA Division-three playoff berths.