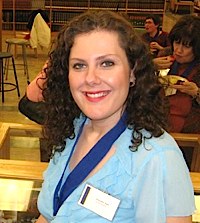 An Iowa native is finding global success writing children’s books. Jennifer Hall published her first book last year, "The BRATT Patrol," which found such a welcoming audience, her second book in the series is now on shelves.

Now living in southern California, Hall grew up in the Tama County town of Gladbrook and says she was stunned how quickly her story of young detectives gained popularity, and not just in the U-S. "I Googled myself and I found out that my books are selling in Japan and Germany and just all across the world, so it was really exciting and overwhelming," Hall says.

The series follows a group of five children: Billy, Ryan, Andy, Tori and Trish, whose initials form BRATT. She says the second story, "The BRATT Patrol: To Catch a Thief," picks up right where the first book left off. Hall says, "The children are on the trail of a legendary pirate and they have to track down a missing treasure and the only witness to the stolen treasure is a parrot with a head cold."

She says her target audience is primarily kids between the ages of eight and 12, though she’s heard from younger children who enjoy the books as well.

Hall says she was inspired by stories about a young female detective when she was an Iowa girl. She says, "I read Nancy Drew from ages 13, 14, 15, so I wanted to do something for boys and girls in that younger age group to get them to start to read earlier." Hall says she’s not lacking for ideas and hopes to continue writing the BRATT patrol books for years to come.