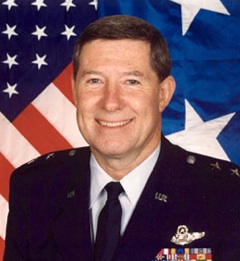 National Guard members who exceed traditional deployments overseas are not receiving all the benefits they’ve earned when they return, according to the head of the Iowa National Guard. Adjutant General Ron Dardis says it’s happening in spite of a new policy for respite leave for returning soldiers.

"The intent of that was for the soldier to be paid for a leave status and be able to spend time with his (or her) family," Dardis said. Under traditional deployments, guard members serve no more than once every five years and no longer than 12 months at a time.

Iowa guard units have been exceeding those limits in Iraq and Afghanistan. Dardis says the department of defense is taking too long implementing the new policy, which is designed to give such soldiers time off with pay when they return.

"There have been soldiers that have been deployed and are back home, off duty or in some cases out of the guard, and they did not realize the benefits that were due them," Dardis said. A bill in Congress would address the problems, and also place a guard representative on the joint chiefs of staff to better advocate for part-time soldiers.