You are here: Home / News / Dole and McGovern to receive the World Food Prize 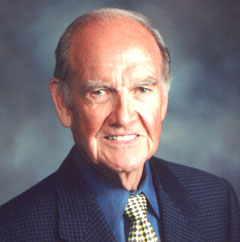 McGovern is a Democrat from South Dakota. “You know, this is really the Nobel Prize of food and hunger,” McGovern told Radio Iowa. “So, I’m very pleased with it. It’s something that, in a sense, I’ve dedicated my whole life to…so, to get the top prize in that field means a lot.”

McGovern and Dole, a Republican from Kansas, worked together to create the International Food for Education and Child Nutrition Program. Since its adoption in 2002, the program has provided meals to millions of children in more than three dozen countries and helped boost school attendance by 14 percent.

McGovern calls the program a “great breakthrough” in reducing hunger, but says more needs to be done. He notes that 30-to-35-million people are still struggling to afford regular meals in the United States. “We’ve got to eliminate that problem, which I think we can do with a modest increase in the minimum wage and a modest expansion of the food stamp program,” McGovern said.

The 86-year-old McGovern says he’s troubled by the amount of U.S. corn that’s being converted into fuel rather than food. “Ethanol is fine as a stop-gap measure, but there are too many people in the world who are suffering from hunger because of food shortages for us to burn up large quantities of corn in producing ethanol,”

McGovern said. Researchers are currently working on ways to convert corn cobs, stalks and grasses into ethanol. McGovern says he developed his passion for fighting world hunger as a soldier during World War Two in Italy, where he witnessed starving women and children digging through garbage dumps for scraps of food.

“Hunger is something that, with a reasonable effort, we could eliminate from the world in 10 or 15 years,” McGovern said. “All we need is the willpower to use the resources we have to put an end to this affliction.” The World Food Prize was established by Cresco, Iowa native and 1970 Nobel Prize winner Norman Borlaug.