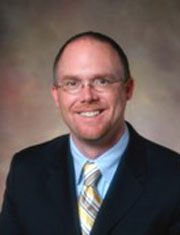 A long-time Republican leader at the statehouse is fighting to keep his job. Christopher Rants of Sioux City was elected to the Iowa House of Representatives in 1992, when he was 25 years old.

A decade later, his fellow Republicans elected Rants as their top leader. Republicans lost majority control of the House in 2006 and House Republicans had more losses in Tuesday’s election.

Representative Kraig Paulsen of Hiawatha is asking House Republicans to choose him as their leader, rather than Rants.

“You know, I appreciate his service to the state and I have no ill will and consider him a friend and all those good things, but I think this is larger than Kraig Paulsen,” Paulsen says. “It’s larger than Chris Rants.” Paulsen says the Republican “brand” has been watered down.

“We should be the party of fiscal constraint and smaller government,” Paulsen says, “and I don’t that we’ve necessarily stayed true to those values the last handful of years.” 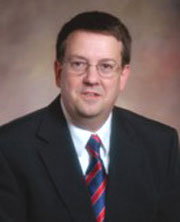 Rants is telephoning each Republican who has won a seat in the Iowa House, asking them to keep him as their leader. Rants has raised hundreds of thousands of dollars for Republican candidates in the past decade and he’s been the leading statehouse critic of Democrats.