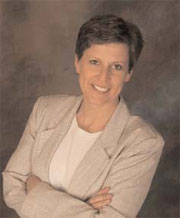 The executive director of the "Y" in Marshalltown testified at a health care reform hearing in Washington, D.C. Wednesday.

Carol Hibbs of the Community Y in Marshalltown told members of Senate committee her organization has focused on trying to prevent "chronic" diseases.

"We have gone through a process in which we have identified areas that we could knock down barriers in our community that keep people from being active and living healthy lifestyles," she says. "For example, we have done a walkability assessment in our downtown area. We’ve had a sidewalk task force identify areas of need for sidewalk development."

The Marshalltown Y has been encouraging students in Marshalltown to walk to school and has helped develop walking and biking trails in the area. "All in an effort to create the environment in which Marshalltown residents could lead an active, healthy lifestyle," Hibbs says.

Senator Tom Harkin invited Hibbs to yesterday’s D.C. hearing. Harkin is among a group of senators who’ve begun crafting a health care reform plan. Harkin’s focused on the sections of the bill dealing with wellness and disease prevention. "This is a big task and I’m not waiting until January to get started," Harkin says.

Harkin and other senators hope to get a health care reform plan through congress by August. "We’re going to lay the groundwork for transforming America into a genuine wellness society," Harkin says.

Hibbs, the executive director of Marshalltown’s Y, hopes her testimony yesterday helps move the country in that direction. "I think it was a very positive hearing," Hibbs says. "The senators involved were very open and understand the importance of prevention and also the importance of allowing local communities have some say in how prevention is incorporated into national health care reform."