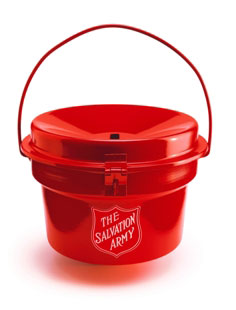 Some gold coins have surfaced in Salvation Army kettles in the Des Moines area.

Last night, two South African Gold Krugerrands were dropped in kettles outside the Jordan Creek Town Center in West Des Moines and at a Hy-Vee in Ankeny. The coins are worth nearly $860 each.

Salvation Army spokesperson Arvid Huisman says a woman and two children were spotted this past weekend dropping gold coins in a kettle outside a Dahls in Clive.

“When we counted the money in the kettle, we discovered two one-tenth ounce American Gold Eagles,” Huisman said. “They’re worth about 80 to 85 dollars each.” Yet another American Gold Eagle was dropped in a kettle outside a Wal-Mart in West Des Moines.

Huisman says it’s not uncommon to find $10 or $20 bills in the kettles, but calls the gold coin gifts “unusual.” Anonymous gold coin donations first surfaced in 1982 in Illinois and have since spread worldwide. Last year in Des Moines, the Salvation Army Red Kettle Campaign raised $681,000. This year, the goal is $600,000.

“This year, when we were looking at our budget, we felt that it might be a little bit overly aggressive to try to go back to that $681,000,” Huisman said. “So, looking at the economy, we decided that $600,000 was a realistic budget.” Money raised from the Red Kettle Campaign helps the Salvation Army stock Des Moines area food pantries, fund a mobile unit that offers meals to the homeless and help low-income families with rent and utility bills.