You are here: Home / News / Iowan wraps up run as host of Powerball drawing 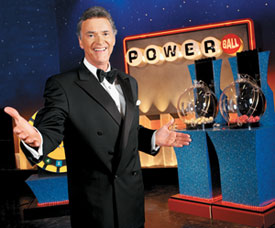 An Iowan is about to wrap up a 16-year run on a live television broadcast shown in more than two dozen states.

Mike Pace will host his final Powerball drawing at 9:59 tonight. He’s announced the winning numbers every Wednesday and Saturday night since 1992 from a studio in West Des Moines.

On January 4th, Florida will join the Powerball game and take over as the host state for the drawing.  Pace will no longer be the announcer. With the addition of the Sunshine State, changes are being made to the Powerball game for only the fifth time in its history.

Neubauer says Powerball tickets will still cost one-dollar and the game’s headquarters will remain in Urbandale. The last drawing televised from Iowa will happen this Saturday. Polly Carver-Kimm will serve as host.