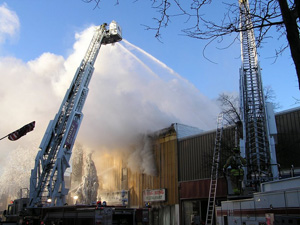 Smoke can be seen for miles, rising from a fire in downtown Boone. The central Iowa town’s downtown is barricaded off as fire crews from around the area battle bitter cold as they try to control the flames.

Turbes says there are apartments above the buildings that are on fire. He’s not sure if people had to be evacuated from the apartments, and says the Salvation Army has brought in trucks. 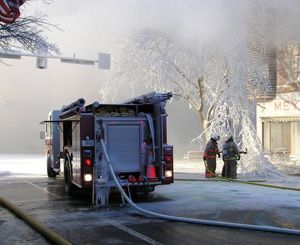 Turbes says the big concern is that the fire will spread. He says there’s no word yet on any injuries or deaths.

Fire crews in Boone — and everyone else in Iowa — are dealing with another morning in the deep freeze. A Wind Chill Advisory is up for most of the state as indices are around 25-below in some areas.

For more pictures on this fire, visit the KWBG website .