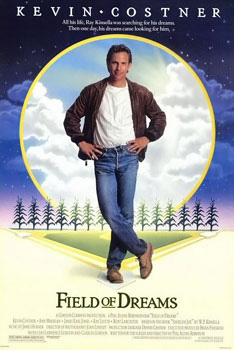 Blaming the economy, the owners of the Field of Dreams movie site have canceled plans for a 20th anniversary celebration of the film’s release.

The 1989 movie featuring Kevin Costner was based on the book "Shoeless Joe" written by W.P. Kinsella.

Don and Becky Lansing own the baseball field where the movie was shot near Dyersville. It’s remained a popular tourist attraction.

The Lansings issued a news release announcing the decision to cancel the 20th anniversary gathering.

The couple says with so many people losing their jobs it makes no sense to spend money on a celebration. Instead, the Lansings say they will donate $5,000 to a local food bank.