You are here: Home / Human Interest / Home expert gives tips on how to sell in slow economy 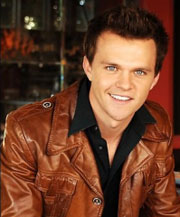 While the real estate market it still slumping, Iowans who want to sell their houses can make the place look more desirable with a small investment of time and money.

Shane Tallant, host of the HGTV show “Designed to Sell,” says you won’t have to spend a dime to simply declutter the place, and that’s a big start.

“Start at the front door,” Tallant says. “Go through the house. Get the tennis shoes off the floor. Get those stacks of magazines out of the living room. Clean up the sink in the bathroom. Depersonalize the place. You’ll be surprised how much stuff you’ve become complacent with. It hasn’t cost you any money. You’ve organized your stuff and now you can show your home in its best light.”

Another simple change you can make for a very low cost is switching out door knobs. Tallant says it puts people at ease in your home when the things they touch are new. Handles, door knobs, light switch covers, anything you can buy in bulk can become a potential selling point that won’t cost a bundle. If you can’t afford to repaint the whole house or even one room, Tallant suggests just buying one small can of paint to repaint the front door.

He says, “That’s the first thing people are going to see and actually touch when they enter your home and if that feels like it’s been freshly painted and taken care of, they’re going to subconsciously feel like, ‘These people have taken care of their home. We’re excited to see what’s on the inside.'” If you have a pet, eliminate the odor and replace it by baking a batch of chocolate chip cookies.

Tallant will be in Iowa this weekend, offering tips on getting your house to sell at the Home and Garden Show in Des Moines . The show runs Thursday through Sunday.