You are here: Home / Fires/Accidents/Disasters / New head of Rebuild Iowa Office gets questions from lawmakers 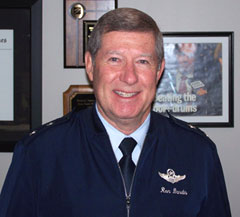 It was just his second day on the job as acting director of the Rebuild Iowa Office, but Major General Ron Dardis fielded some tough question from members of the Government Oversight Committee Tuesday.

RIO is the state’s flood coordination agency. The office has faced criticism over employee salaries and other expenses that some deem a poor use of flood recovery dollars.

Dardis, who will soon retire as Adjutant General of the Iowa National Guard, says he’s still reviewing the RIO budget."(Monday) was my first day in the chair if you will, this is one of the first things I’ll be reviewing," Dardis told lawmakers. Waterloo Democrat Deborah Berry told Dardis he brings credibility to the office.

"It just leaves me comfortable as a legislator that it is under your watch," Berry said. Dardis promised to review overtime pay and said RIO employees would not be eligible for bonuses. Burlington Democrat Tom Courtney asked the general if flood victims in smaller communities such as Oakville are getting a fair shake.

"Our long-range planning team is working very closely in the Oakville area," Dardis responded. Dardis says there are RIO teams in ten Iowa communities and five more are being added in Charles City, Mason City, Vinton, Elkader and Greene. A few members of the committee joined critics questioning some bureaucratic expenses at RIO. Dardis said the agency is still projecting to come in under their two million dollar state appropriation.