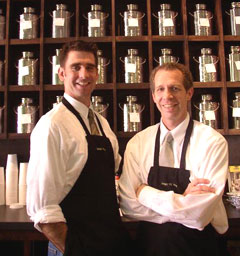 A central Iowa shop that sells tea is among a very select group of merchants that will have its products featured at an exclusive star party in Hollywood prior to the Oscars on Sunday night.

Rusty Bishop, of Gong Fu Tea in Des Moines, says they sent 200 gift baskets to L.A. for the party at the request of the hostesses — Leeza Gibbons of "Entertainment Tonight" and singer-actress Olivia Newton John.

Bishop says, "During the dinner, they’ll have a VIP bag that they’ll be giving to everyone that comes to the event and the VIP bags will include six different companies’ products and ours will be one of them."

He says the party planners in Hollywood found the shop on-line using Google and contacted them directly to see if they’d be interested in contributing the four-tea gift samplers to the gift bags.

"Obviously, there will be some publicity, such as this, but for the most part, if we get some orders after people enjoy the tea, that’d be fantastic, but we’re not expecting too much to be honest with you." The event is a fundraiser for research on cancer and Alzheimer’s disease and it will include many A-list celebrities. Invited guests include Whoopi Goldberg, Julie Andrews and Donald Trump. Bishop admits he’s a little boggled by it all and can’t quite imagine his products being in the hands of such well-known personalities.

Bishop says, laughing: "Yeah, that is kinda’ funny. It’d be interesting to get a call from Donald Trump one day for a re-order of Ancient Happiness (tea), if he enjoyed it." For more information, visit the Gon Fu website .