You are here: Home / Politics / Govt / Key legislator still a "no" on prevailing wage bill 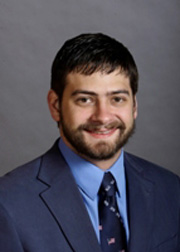 The state representative who is seen as the key, deciding vote on a union-backed bill that’s in limbo in the Iowa House says he’ll remain a "no" on the legislation.

Representative McKinley Bailey, a Democrat from Webster City, met with local voters over the weekend and discussed the bill which would require a county’s "prevailing wage" be paid to employees working on taxpayer-financed construction projects.

"I know I’ve heard from a lot of the people in this room about, mostly, the detriments of the proposed prevailing wage," Bailey said. "I got two emails from inside the district supporting it, which was not a lot in comparison to the others."

Bailey was expected to support the bill, but a change he sought in the legislation was not included in the final product and he voted "no" on Friday. "I had hoped that I could have fixed this bill because I think that if it were done it right, we could have protected some of the smaller contractors here in the rural parts of the state," Bailey said.

"That’s one of my big concerns about the bill is that it really gives larger contractors from bigger cities an advantage over people in Webster City, Belmond, Clarion and Eagle Grove. It just put ’em at a competitive disadvantage."

Bailey got a round of applause from the crowd in Webster City. "I couldn’t in good conscience vote for it and come back here and look at all you guys in the eyes and continue to be your representative, so it was a tough call,"Bailey said.

But Bailey acknowledged the 50 Democrats who voted for the bill aren’t happy about his no vote. "I feel bad. I know I let a lot of my Democratic colleagues down, but without those changes, I couldn’t do it," Bailey said in conclusion.

(Pat Powers of KQWC in Webster City contributed to this report.)