You are here: Home / Crime / Courts / Creston police case ends after week of testimony and eight hours of deliberation 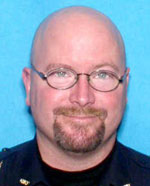 Both men were found guilty of second-degree sexual abuse, which can carry a prison sentence of up to 25 years.

The jury made its decision after watching and listening to a week’s worth of testimony. A Crestmoor Golf Club bartender claimed Sickels raped her late one night in April at the club while Christensen witnessed it happening. 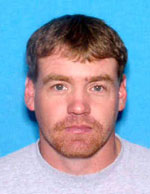 Both officers were later arrested by the Iowa Division of Criminal Investigation. During the trial, jurors heard Assistant Iowa Attorney General Becky Goetsch, a prosecutor, contended Christensen watched it all.

The first witness called by the prosecution was the alleged victim herself.  The unidentified woman said after all the other customers had left the club that night, the two men trapped her and Sickels forced himself on her.

Upon cross-examination of the witness, Christensen’s attorney Paul Scott, tried to establish that the woman was not being held against her will. He asked her if the two men had guns or badges, and she said "no." The woman said she felt threatened when the men surrounded her and she tried to get away.

D.C.I. Special Agent Bill Kietzman interviewed Christensen, who initially denied seeing anything and claims that when he returned from the bathroom, it looked like the alleged victim and Sickels were dancing.

Sickels testified that when Christensen went to the bathroom, Sickels went behind the bar and started kissing the woman and things progressed from there, claiming there was never a sign of disapproval from the bartender.

While the two men now face up to 25 years in prison, Judge Gamble said last night that the exact sentence will be handed down in no more than two weeks.