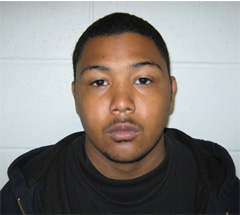 Cedar Rapids police have upgraded the charge against a 17-year-old accused of attacking a police officer who was investigating a robbery.

Police spokeswoman, Cristy Hamblin, says Jose Rockiett had been charged with assault on a police officer and robbery.

She says the charges were upgraded to willful injury, which is a more serious charge. Rockiett is being held in the Jones County jail and not a juvenile facility, because he is six months away from being 18.

Rockiett is accused of injuring officer Tim Davis Sunday. Hamblin says they don’t know exactly what took place. "We’re still trying to put it all together, we get bits and pieces, and it’s amazing how no one wants to cooperate," Hamblin says.

Hamblin says Davis suffered a serious head injury. Hamblin says Davis’ condition is still guarded and the "life threatening" status has not yet been lifted. Officer Davis is 30-years old and a four-year veteran of the police department.

A 14-year-old suspect is also in custody and police are seeking a third suspect. Hamblin says in charges unrelated to the assault on the officer, Rockiett’s mother, 36-year-old Josetta Fowler and his brother, 16-year-old Vanice Heath were arrested for interference with official acts after they came to the Cedar Rapids Police Department.