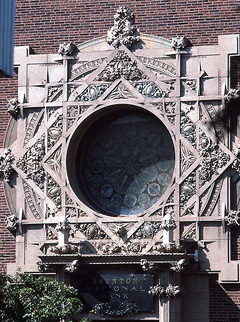 An Iowa city that markets itself as the "jewel of the prairie" has finished third out of 10 finalists in an online poll conducted by a popular travel website.

Grinnell was featured on national television Wednesday when the CBS Early Show featured a segment on the top 10 coolest small towns in America.

Menner says Early Show co-host Terry Smith is a Central College graduate and he stated, "I know that town. It’s just up the road from Pella and there are lots of smart people there."

"They wanted to emphasize the fact that a cool small town has more art gallaries than country stores," Menner said. "It’s not about country kitch, it’s about arts and culture." In addition to the national T.V. exposure, Grinnell will get more attention this Fall – when Budget Travel magazine will include a feature on America’s coolest small towns in the October issue.

The top two vote-getters in the online poll, finishing ahead of Grinnell, were Owego, New York and Rockland, Maine.