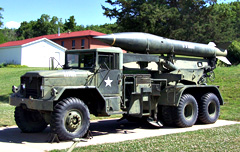 The Iowa Gold Start Military Museum is hosting an open house today for Memorial Day and as part of the celebration of the 100th anniversary of the creation of Camp Dodge.

Retired Colonel Russ Bierl, the director of the Gold Star Museum says those who visit the open house will see a showcase some of the many things they have for display, including current and past military equipment.

There will also be reinactors from World War One and World War Two. They set up the open house in the new Freedom Building Armory, as work is currently underway to renovate and expand the museum building. He says it will be an 18,000 square foot addition that will allow them to show off large equipment, such as the Cobra helicopter, the M-1-5-1 jeep and a personnel carrier, that they have not been able to display in the past.

The state took over the land near Johnston for Camp Dodge on April 12th of 1909, and the open house is one of several events to celebrate the centennial of the facility. The Gold Star museum was established there in 1985 and is the only federally-recognized repository for military artifacts in the state of Iowa.

Bierl says museum is a state facility and it is free to visit the museum. They museum is normally open from 8:30 a.m. to 4:30 p.m. Monday through Saturday. For those who want a real "taste" of life in the military, there’s a free breakfast today. He says it starts at 5 a.m. with S-O-S "Stuff on a Shingle" breakfast that’ll be served until 9 a.m. The museum open house is free and all you need is a photo I-D to show at the gate of Camp Dodge to get in. The open house runs through four o’clock today.