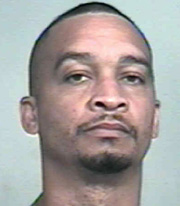 A Waterloo Police officer has been placed on paid administrative leave after firing at least one shot at a vehicle this morning.

The incident happened just before 8:30 a.m. when officers were sent to the Department of Correctional Services building in downtown Waterloo to pick up 38-year-old Deon Mosley on a parole violation warrant.

"The officer motioned for Mr. Mosley to stop the car, but instead, Mosley accelerated toward the officer," Green said. "The officer then fired his duty pistol at the approaching vehicle and then jumped out of the way as the car sped past him."

Other officers then pursued the vehicle for several blocks. Green says Mosley abandoned the vehicle and began running on foot. He was captured after a short chase. No one was injured in the incident.

The name of the officer who fired the gun was not released. Mosley was booked in the Black Hawk County Jail on a parole violation warrant. The case is now being reviewed by the Iowa Division of Criminal Investigation.