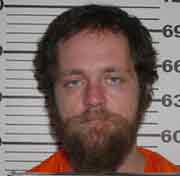 An eastern Iowa man has been charged with first-degree murder in the shooting death of a woman who’s described by neighbors as a "close family friend." The shooting was reported Sunday afternoon at a home located a few miles northwest of Marengo.

A woman, identified as 35-year-old Amy Gephart, was pronounced dead at the scene. She was living in the home with 37-year-old Tonch Weldon, his wife Amanda and the Weldon’s two kids. Tonch Weldon is charged in Gephart’s death.

Weldon was airlifted to University Hospitals in Iowa City, suffering from a gunshot wound of his own. The Iowa County Sheriff has not said exactly how Weldon was injured and there’s no word on his condition.

According to a news release from the sheriff’s department, "Weldon is being guarded (at the hospital) by law enforcement."