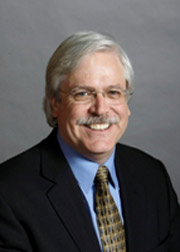 A state senator from Des Moines has been tapped to head a national group working on health care reform.

Senator Jack Hatch will be at the White House next Wednesday for a meeting with 40 other legislators from other states who’ve been involved in the issue at the state level.

"We are going to be advising the president’s health care team on what’s going on in our states and what the best practices are, what we’ve found," Hatch says.

Hatch, a 59-year-old Democrat who is a property developer in Des Moines, will also meet with Senator Tom Harkin and other members of congress who’ve been drafting health care legislation. Hatch plans to present the group with letters from 600 state-level legislators who support a so-called "public option" which would create an insurance plan — financed by the federal government — to provide coverage to the uninsured.

Hatch expects the White House "working group" which he will lead to meet often over the next several months.

"It’s going to be ongoing until we have national health care reform," Hatch says, "so we’ll be busy all summer and into the fall."

Hatch argues health care reform is going to happen, in part, because American businesses are pressuring congress to provide relief from skyrocketing health care benefit costs. In addition, Hatch says one reason President Clinton failed to enact health care reform in 1994 was because Clinton and his team tried to impose a plan on congress. Hatch says, in contrast, President Obama has made members of congress the primary leaders in the team developing the reform plan.

"(Obama has) opened up the process. He’s let congress have a real engagement with him on the health care reform. They’re writing the bill," Hatch says. "…President Clinton didn’t allow people to have ownership in the bill that was eventually produced."

Hatch made his comments during taping of the "Iowa Press" program which will air tonight at 7:30 on Iowa Public Television. The half-hour program will be rebroadcast Sunday at 11:30 a.m.