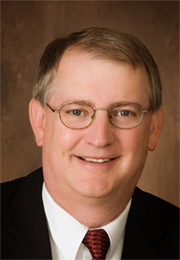 The president of the state teacher’s union says any new, national education standards should allow schools to innovate. But Iowa State Education Association president Chris Bern says he and other members of the group remain opposed to efforts to link teacher pay with student performance.

“If you’re just talking about paying more based on a…test score, we have some real problems with that,” he says. President Obama supports merit pay for teachers and in March Obama proposed an increase in the number of U.S. school districts involved in a federal program that supports performance pay for teachers. The Iowa State Education Association president says the teachers union hopes to “work with” Obama on this issue.

“You know, taken at face value, I think many of our members would probably have problems with what he is advocating,” Bern says. “But on the other hand he says he wants to do things with teachers and not to teachers and so we’re very willing to work with him because we do see that, you know, there are some things that need to be changed.”

According to Bern, so-called “merit pay” should be advanced to teachers who take on additional duties or teach in hard-to-staff schools rather than to those who teach in classrooms where students score highest on standardized tests, like the Iowa Tests of Basic Skills. Bern is one of the 10,000 people attending the National Education Association’s delegate assembly this week.

Bern says he’s not sure how he’ll vote on proposed national standards for schools. “It’s time that we start thinking outside the box and we don’t constrain things. For example, I would like to see them do away with things like the first grade, second grade, third grade because I believe it’s time for us to start doing things like having children move at their own progressive rate, not to do it in a year-to-year thing,” Bern says. “If the standards can do that, it would be wonderful.”

Bern is a longtime math teacher at Knoxville High School who was elected president of the state teachers union just over a year ago. Over 33,000 teachers are members of the Iowa State Education Association.