You are here: Home / Politics / Govt / Harkin introduces resolution to appologize for slavery 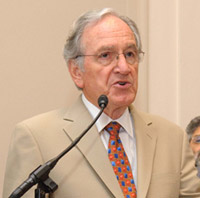 A congressional apology for slavery is being introduced on the floor of the U.S. Senate this morning by Iowa Senator Tom Harkin.

Harkin says, “It’s a concurrent resolution with the House formally apologizing for the enslavement and racial segregation of African Americans.”

“There’ve been other congressional apologies in the past,” Harkin says. “For instance, the internment of Japanese-Americans during World War Two. We apologized to Hawaiians for overthrowing their kingdom in 1893. We’ve apologized to Native Americans. It’s about time for Congress, on behalf of the entire American people, to acknowledge and apologize for slavery and Jim Crow segregation and discrimination.”

Harkin says he’s worked on this resolution for many months and sees it as “very important.” “By agreement, the resolution will pass by unanimous consent, that means everyone votes for it,” Harkin says.

“The House is expected to pass it next week and on July 7th we will have a very poignant ceremony in the Capitol rotunda to enroll this bill and commemorate passage of this historic resolution.”

Previous proposals of this sort have died in Congress, in part because of concerns an apology might spark demands for reparations. The Senate did pass an apology in 2005 for failing to pass anti-lynching laws.