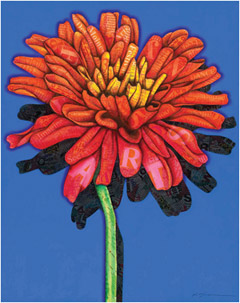 What’s billed as a three-day celebration of the arts, the internationally-recognized Des Moines Arts Festival is underway today and Sunday. The fest opened Friday and draws nearly a quarter-million visitors every year.

Fest spokeswoman Amy Eaton says they focus on four main pillars — visual arts, music, performing arts and arts activities. There are 175 artists this year from across the U.S. and Canada in 14 categories of art, from sculpture and painting to photography and jewelry.

There are also exhibits featuring 24 Iowans as part of the Emerging Iowa Artists program. Eaton notes that the term "art" can encompass all sorts of things — including film.

The 2nd annual Interrobang Film Festival will be screening all weekend with 35 films in a variety of categories. This is the 12th annual Des Moines Arts Festival which is considered one of the nation’s top ten arts festivals, with an economic impact of as much as $2.5 million in spending from the artists, the sponsors, the vendors and the visitors. Eaton says there are a couple of new features at this year’s festival.

New items include a "blitz build" as Habitat for Humanity volunteers build an entire house during the weekend at the festival’s downtown venue. There’s a paint-by-number door project and also "The Tiny Circus," a stop-motion animation film production in which visitors can get involved.