You are here: Home / Crime / Courts / Arson arrests made in Lamoni and Lacona cases

The state fire marshal’s office today announced arrests in two arson cases. Four people have been arrested in connection with a fatal fire back on October 18th of 2008 in Lamoni. Firefighters found the body of 72-year-old Donald Royce Reed of Shannon City inside a home after putting out a fire.

The owners of the home 49-year-old Wayne Slycord and 45-year-old Susan Slycord are charged with arson. Authorities have also charged 73-year-old Donna Lee Tapscott, and 73-year-old Lyle Perry Osborne. Decatur County Attorney Lisa Jeanes says she cannot release information on the connection of the four to the victim or any possible motive until the case goes to trial. 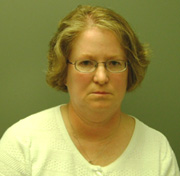 In the other case, the former city clerk of the south-central Iowa town of Lacona is charged with first degree arson and first degree theft. Fifty-two-year-old Anna Marie Hoffman is accused of setting a fire in the records area of city hall. She is also accused of improperly disbursing nearly 42-thousand dollars.

Iowa Division of Criminal Investigation spokesperson, Jessica Lown says there is definitely enough evidence to charge her with both crimes and Hoffman was arrested this morning at eight o’clock. Lown says they’re confident Hoffman started the fire at the city hall and she is being held in the Warren County jail.

The fire on August 4th of last year heavily damaged the building that housed the Lacona fire department, library and city hall. City officials requested an audit after the fire. State auditor Dave Vaudt says the audit found the $42,000 in improper disbursements that included over $16,000 of improper pay for Hoffman.

Vaudt says the audit also found nearly $6,000 of purchases made at Wal-Mart and over $5,000 in unsupported charges to the city credit card. The audit details undeposited collections, water meter deposits and hook-up fees. See a copy of the audit report on the link below.


Audit report for the city of Lacona. PDF